Locomotive transport from Lübeck to Finland 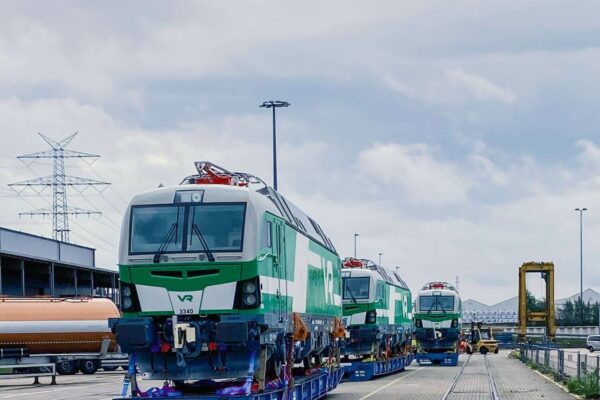 The three locomotives travelled “on their own axles” from the Bavarian factory in Munich to the Seelandkai terminal, where they were prepared for sea transport to Hanko, Finland, by Transfennica ferry service. 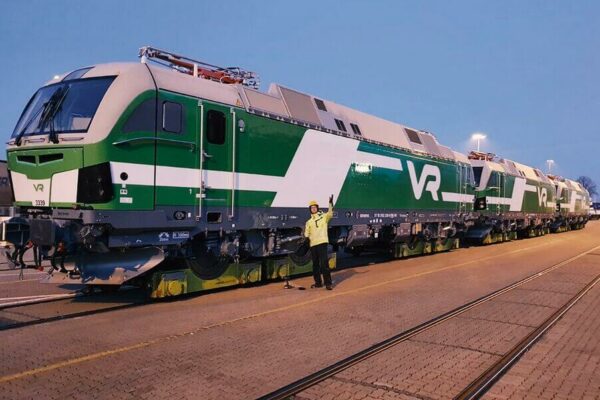 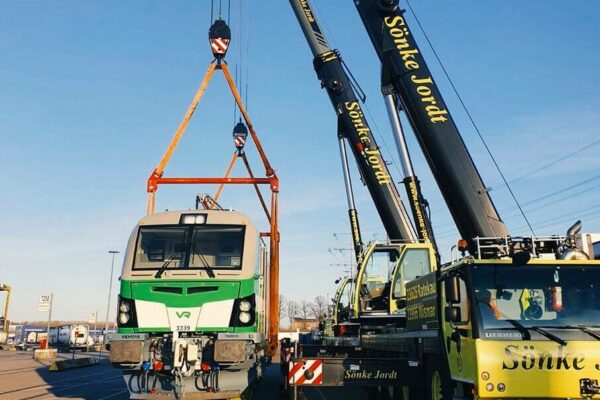 The LHG and Trans-Trading jointly carried out the sophisticated securing measures to meet all safety requirements. After the heavy package had been properly tied up, dock workers pulled the rolling trailers with the three locomotives on board a Transfennica vessel.

The locomotives arrived safely and on time at the port of destination in Hanko, Finland.

A total of 97 VR Sr3 locomotives will be delivered between 2016 and 2026. We have manufactured our own transport safety racks especially for this purpose so that the locomotives arrive safely in Finland. 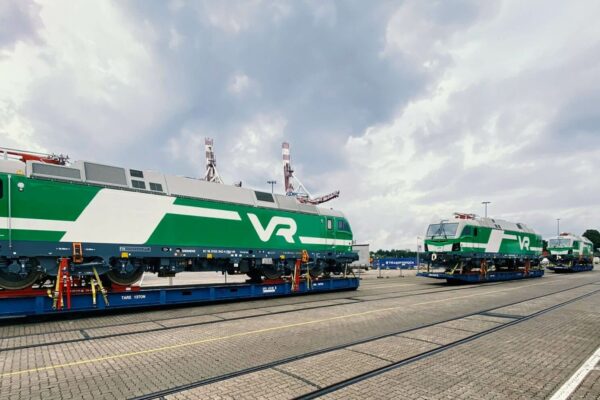 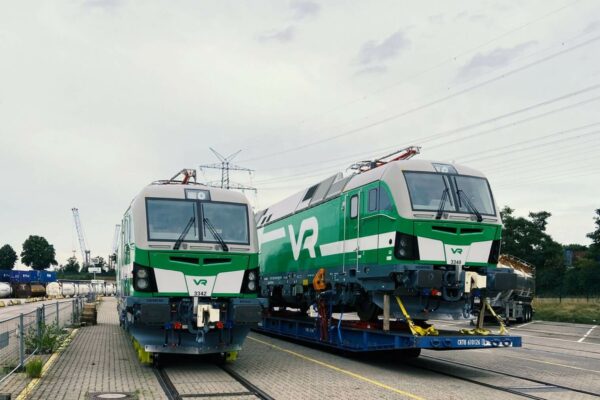