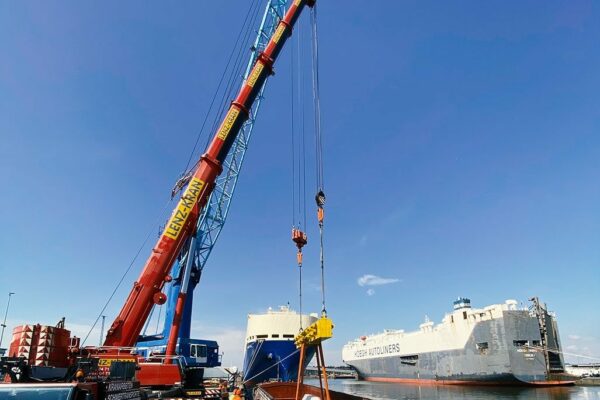 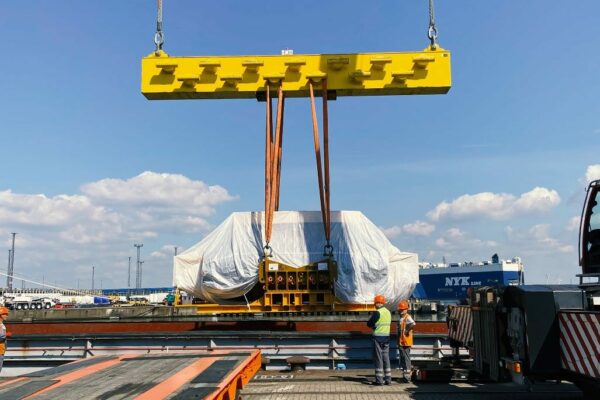 One of our projects in the Corona period is about organising a delivery of two marine engine units from Bremerhaven to Port Kemlba in Australia. Under cloudless, bright blue skies, we handled the two ship engines, each weighing 102 tonnes.

The handling was carried out in a so-called tandem lift. In this case, the BLG harbour crane (LHM400) and an external mobile crane (LTM1350) were used for this. The inland vessel was unloaded directly onto the shipping company’s roll trailers. Afterwards, both engines were secured and lashed on the respective roll trailers so that nothing stood in the way of loading them onto the ocean-going vessel. 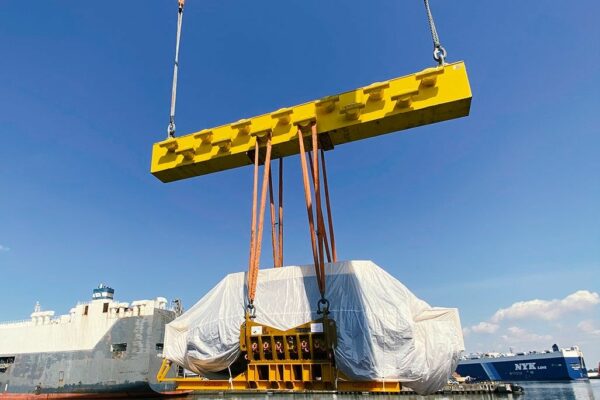 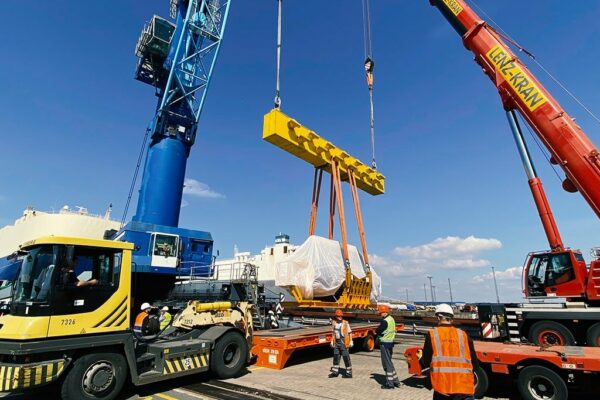 Due to the Covid situation, there were no weekly sailings at the time of the project (spring 2020). Instead, there were fewer sailings per month in order to fully utilise the cargo ships.

So we had to wait 27 days from delivery of the engines to ship departure and store the cargo under cover in the meantime. After the waiting period, our two roll trailers including the engines were pulled on board the “Höegh Tracer“, where they were safely connected to the ship and secured. The ship then began its 53-day journey towards Australia fully loaded. 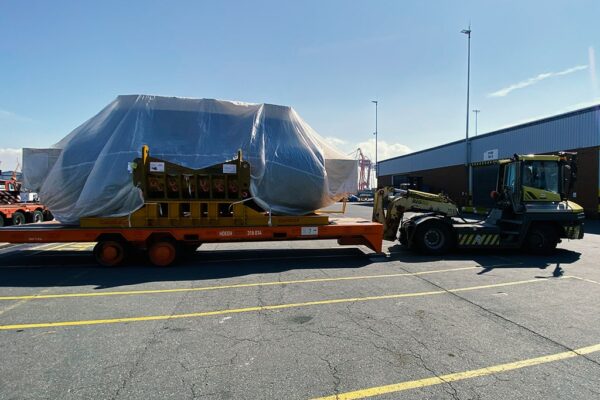 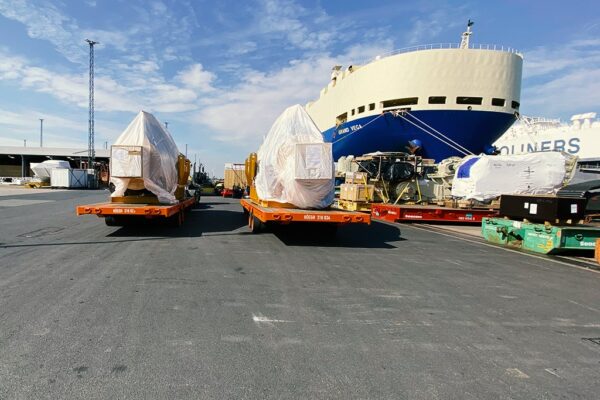 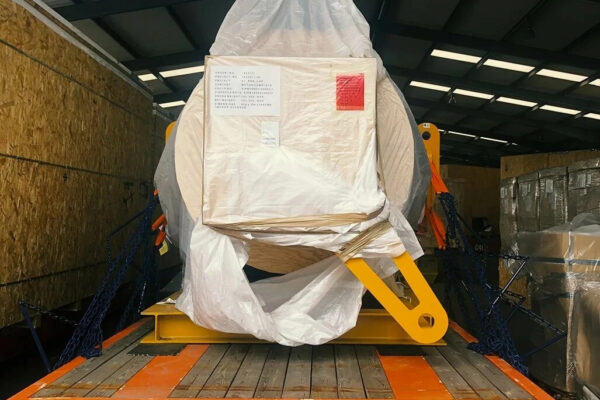 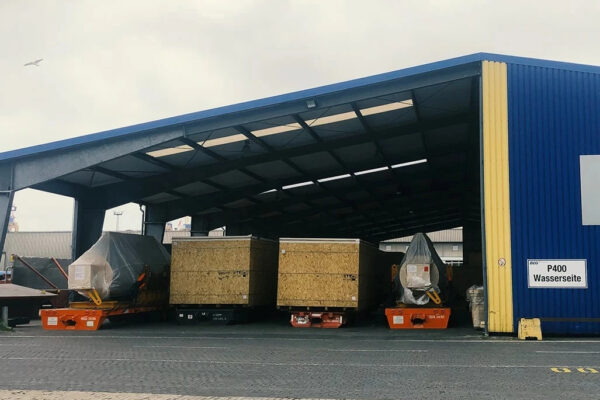 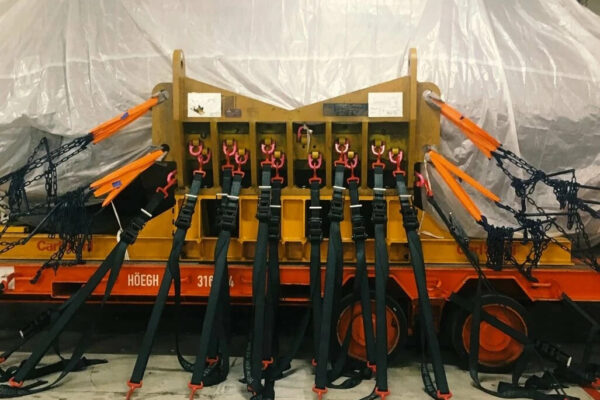